Ways to Donate and support your recycling center

​​​​​Athens-Hocking Recycling Center Board of Directors (2021) 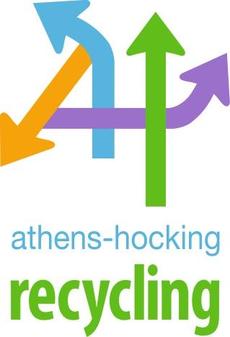 Office Staff: Office hours Monday to Friday 7:30am to 4:30pm 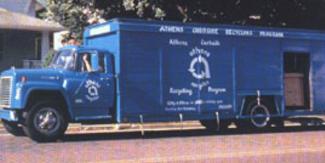 In 1984, AHRC became a leader in the state by establishing the first curbside recycling program in Ohio. Today we continue to strive to promote recycling in our communities. Athens-Hocking Recycling creates jobs while reducing waste, improving the economy, conserving energy and resources, protecting public health and the environment and helping to increase national security. Recycling offers every citizen multiple opportunities, everyday, to make their world a cleaner, safer, and more beautiful place to live.

Starting in 2014 AHRC became a separate entity from the Athens-Hocking Solid Wast District as a 501(c)(3) non-profit organization. To encourage more recycling and diversion of waste, we are continually striving to find ways of recycling more types of materials and to provide information on hard to recycle items and where to take them. With 35+ employees, AHRC continues to grow and jobs. We are turning waste into wealth.

Democracy in waste management is served only through a pay-as-you-throw disposal program. Those who throw away the most pay the most. Those who reduce waste and recycle pay less. Athens-Hocking Recycling encourages waste reduction and recycling through such a program. Customers and communities served by Athens-Hocking Recycling are given an incentive to reduce waste and recycle through the pay-as-you-throw service. Waste disposal costs for participants in the pay-as-you-throw program continue to be some of the lowest anywhere due to the built in waste reduction incentive.

In January 2016 AHRC completed the construction of a new Materials Recovery Facility (MRF). We are processing on average 25 tons of recyclable materials per day.

​In 2018 AHRC processed just under 11 million pounds of recycling. We continue to engage the community and partners about recycling, recycling right, and the economic & environmental benefits of recycling.

Other Locations for Recycling

Offices and MRF Facility Hours:
Monday - Friday: 7:30 AM until 4:30 PM
Not a Public Drop Off Location